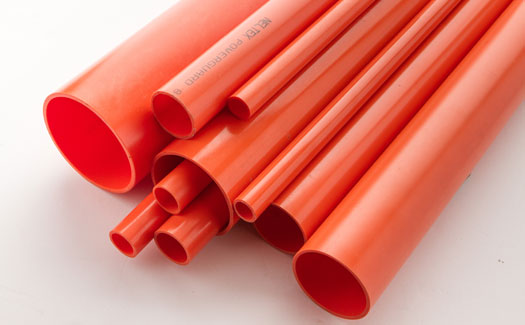 Products of the factory for plastic electrical pipes as following: